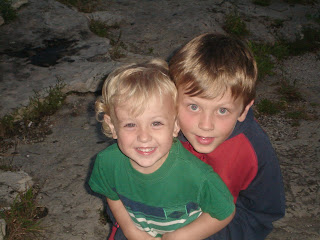 Last night I fixed Drew a hot dog with ketchup. When I put the plate in front of him, he said, “How did you know I didn’t want mustard?” as if I had just performed a mind-reading miracle. Um, because you never want mustard ever and because you don’t change your mind about these things. After three or four baseball games this summer when I asked what flavor Gatorade they each wanted, he said, “Red.  You don’t actually have to ask me. I’m always going to want red.” Thus, the hot dog without mustard, without having to ask. I swear I had the same conversation with Michael about toothpaste the first year we were married.

I always think I’m the opposite of that. I kind of pride myself on changing it up. Which wouldn’t explain the cinnamon Crest whitening toothpaste I’ve been buying for years now or the same old bread and butter brands every time I go to the store. It does explain the big fat yellow shampoo and conditioner in my shower at the moment. That one I really do change all the time. This one smells like coconut.

So the mustard thing made me think of Drew as a little Michael clone. But, you know, Drew used to only get hamburgers when we went to fast food places. And now sometimes he gets chicken. And Michael’s not the adult in this family who orders a chicken chimichanga every single time we go to a Mexican restaurant. You can’t really generalize people about this I don’t think. We all like change in some ways but not in others.

It’s actually a fault of mine that I tend to over-generalize people. Kids are good for that fault. Just when you think you get them, they totally change it up on you.

And also, he named the boy Knox . . . that’s my county!
being present