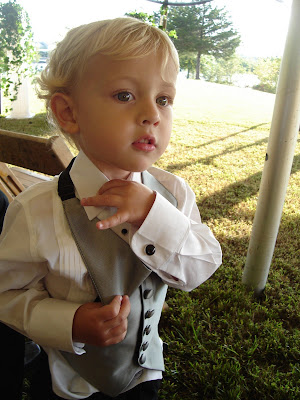 Traditionally, you give the bride and groom a gift at their wedding. I know this – thus the “Live, laugh, love” picture frame I gave at the shower and which, fortunately, the bride told me she loved. But at the actual wedding, I’m afraid those two busy souls gave me the gift.

Lest this “Do I look alright?” straightening of the tie pose doesn’t convince you that I got the better end of this ring-bearer deal . . . then the last picture will. That’s where he spent the entire ceremony, rather than up front as he should have. Thankfully, his older cousin held the pillow with the rings. Jake probably would have eaten them along with the chicken nuggets I used to bribe him earlier in the evening.

I get these pictures forever. Burned into my memory the delicious imagery that makes people say, “I didn’t even know they made them this small.”  I mean, those are real live cuff links in that toddler-sized cuff, people.

The bride was beautiful too, and I did take pictures of her. Maybe when I pass them on to her, I’ll at least be returning her gift a little bit. Until then, I’m just going to keep enjoying mine. Thank you, Riki – and especially Justin for putting in the initial request for this little guy to participate. Thanks for giving me the chance to finally wrap this little gift the way my adoration for him deserves. I’ll love you forever for it! 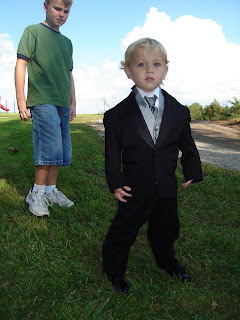 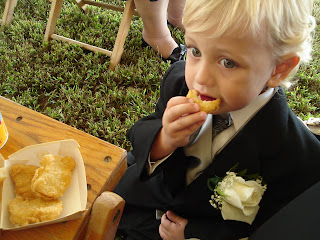 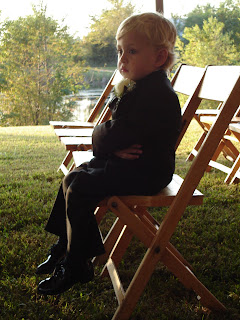 I want to be Taylor Swift
It Hurt My Feelings, but I’ll Take You Back