If you read this post here, you will see that my love for Hollywood at some point went from maybe it’s my calling – like Denzel Washington says, to it’s probably not my calling, but it sure would be fun, to I don’t see how that could ever fit into my already-established and very happy life, to “I just want to be in one movie – just once.”

Well. Say hello to Once. The head of our video department at work has a friend in film school in Chicago, and I got to play the female role in his short film. You’ve heard of Off Off Broadway? Think that. Only for Hollywood.The first pic is what I saw when I first drove onto what I officially and unabashadly call the set. These gorgeous horses were the Extras in one of the scenes. 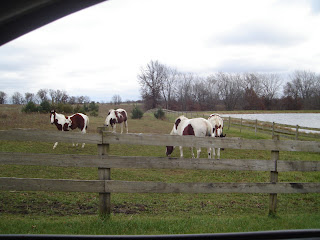 Then I saw this.  The guy in the red shirt, Nick, is also in film school – for cinematography. The director (blue coat and hat) called Nick the DP (director of photography). Next to Nick is the assistant DP. The head of the video department at work is in the gray coat and hat helping the DPs. I was feeling a little giddy here. My movie career was ON. 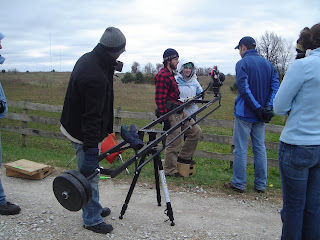 Then, as I went to park the car, I drove by this. The dock that would be my seat for the entire film. (I told you it’s a short.) 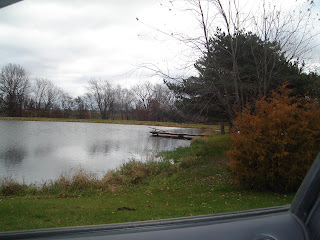 This is my favorite photo from the shoot.  The director is giving me some instructions before my first take. Could I look more “on set”? 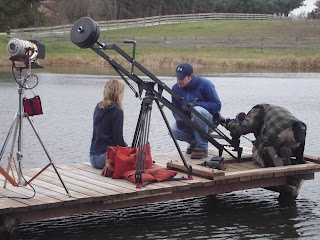 And this is my first shot of the film. Well, my second. The first was the day before, from the same dock but with the camera across the pond. In these shots, though, when they say “action”, you can actually hear the film begin to roll.  Hear it.  I hope I never forget that sound. 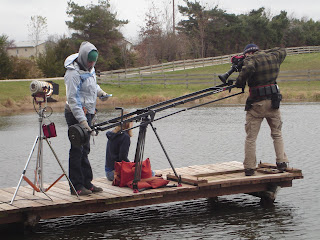 Here’s the director watching the take.  (How fun is this?) 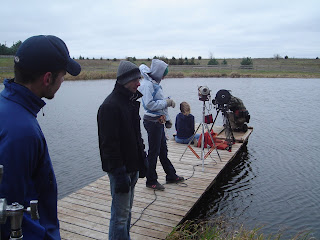 Now, after auditioning and getting the part (I don’t think there was too much competition but maybe some), I began to feel silly and concerned. I would have to be away from my kids and family for almost three full days. (We shot the film only minutes from my house, but it’s not like I was available to them in that time). It wasn’t for my job. I wasn’t trying to advance my acting career (If I really wanted to get to Hollywood, this would be a place to start – but, let’s face it, I’m not really trying to get there). So, besides being fun, it felt pretty pointless.
Then Michael came through for me. He said it wasn’t pointless. It was an experience that would add to my life, and that was enough.
I really believe in film. I think it’s a beautiful story-telling medium, and I think that stories have purpose. I’m just not too sure about my place in it.
But anyway – I got my Once. And I loved it. So, if you like DVD commentaries as much as I do, insert this behind my film if you ever happen to see it – say, at an Off Off Sundance Festival:  “We were freezing.”  On the first day I sat on that dock in 37-degree weather while it was raining.  If viewers can’t tell that when they watch this film – well – I’ll take my Oscar now.
dear mr. president
how I got the greatest honor