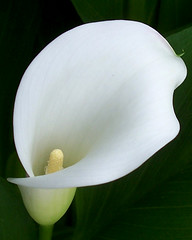 When I wrote about the Emmys a while back, I was sort of put out with Hollywood because I felt disdained by them – what with having voted conservative, um, ever. That post started quite the little discussion. But one friend didn’t comment at all – although she wanted to write something to the effect of, “Ah, Serenity is growing up!” because I was able to see anything other than red carpets and rosiness in my beloved Hollywood. Well, it’s been too long since I wrote about Hollywood now, and I don’t want anyone to wonder if I’ve grown up any further – because I haven’t – so I thought it was time. Consider this a huge catch-up version of “Movie Reviews From My Cabinet at Home.” In this case: A glimpse at some of the movies, new and (80s) classic, I can’t get enough of this Christmas vacation holiday. Now remember, we’re kids. I mean, um, we have kids. So it’s not like any of these were nominated for best picture. They just get us, okay?

First up, Kung Fu Panda. First, I love the Asian themes. Love them. When I watched The Last Samuri I suddenly wanted to clean my house. Just clean it, remove 90 percent of the stuff from it, and hang black-framed pictures of lone white lillies. Besides the Eastern inspiration that makes us want to cleanse our universe/cleanse our souls, Kung Fu Panda is freaking hilarious. We never laughed so hard in our lives – out loud in a movie theater – as we did watching Jack Black as an overweight Kung Fu trainee with a heart of gold. So. Funny. Plus, I now figure there are two kinds of people in this world: Those who believe there’s a secret ingredient and those who don’t.

Freaky Friday. The Oscars are so pretentious, aren’t they? Because if they weren’t, they never would have overlooked Jamie Lee Curtis’s performance as a teenager trapped in her mother’s body in this hilarious version of what was already a pretty great concept. Lindsay Lohan actually does beautifully as her mother as well, but Jamie Lee Curtis slays me. When the teenager-trapped-in-mom’s-body tries to read something and has to trombone it, Curtis says “Whoa, she’s blind!” in one of the funniest line deliveries ever, and that’s just one of the many scenes in this movie that she completely nails. I actually believe there’s a teenager in there. Believe it. And this realistic acting makes it all the more poignant when they whip out the schmaltz and actually make me cry. It’s a great movie about understanding each other. Period.

The Three Musketeers. I credit this movie for some of my downfall into a total adoration for the art of movie-making. It has everything – romance, great clothes and hair, heroes, sacrifice, brotherhood, and humor. I love the gentle queen who loved the timid king to whom her marriage was arranged. I love how fiercly the musketeers believe in their duty to protect that king. And the line, “Come, Dartagnon, we’re saving the king!” was as critical to our family’s movie-quoting history as “Goodbye, Boys, have fun storming the castle.” Major Nickerson nostalgia in this film, and I’m so glad we own it now.

Honey I Shrunk the Kids. I have no philosophical goodness to bring out from this movie. No one single thing. We own it because I got it for about 4 dollars, and I loved it as a kid. But seriously, when I subjected my children to it the other day, I still sat RIVETED by those four, poor, quarter-inch children trying to cross the massive jungle that used to be simply their back yard. I couldn’t wait for the humungous oatmeal cream pie and the part where they sleep in a Lego. It’s just good, clean fun.

Ratatouille. If you’re sensing a Disney obsession here, that’s because I’m in the DVD club. And incidentally, I adore the movie montage before Disney movies now where they play the fantastic score from Kevin Kostner’s Robin Hood. It gets my Hollywood eyes all starry. And Ratatouille is just so cute and culinary. It doesn’t exactly make me want to be a cook, but it makes me appreciate them very, very much. I’m so glad some people cared to turn our plain animal instict to eat things into an actual art. If there were only people like me in the world, ingredients would never have come together properly. Heck, we probably never would have peeled a banana.

Hancock. We don’t own this one, and we’ve only seen it once – but it was fairly recently. Will Smith is in it, which is a clincher for this fam. And he plays a really arrogant super power whose publicist (Jason Bateman . . . I think I still have a poster of you around here somewhere) convinces him to just look people in the eye now and then and tell them, “Good job.” Oh my goodness, do we like to deliver that line around here. Plus, I love the idea of a reluctant superhero and the way he is transformed basically by one man’s belief that he can better himself, a little boy’s unfettered admiration of him, and the choice to love selflessly.

Now, can anyone tell me which of these movies I should rush to see (or perhaps away from) currently in theaters? Because I think I want to see them all: Benjamin Button, Marley & Me (I already know – bring a box of Kleenex and try not to have ever actually loved any of your pets), Seven Pounds, Bedtime Stories, Valkyrie. Also, I got a couple months of free Netflix for Christmas, so prepare for another rash of brief, completely unhelpful movie reviews soon. Up first is Hairspray, and I hear Ghost Town is awesome.

photo credit:  basha04 on Flickr
I’m thinking a movie on a weekday at nap time . . .
I’m not all that resolute, so I’ll call them New Year’s Considerations