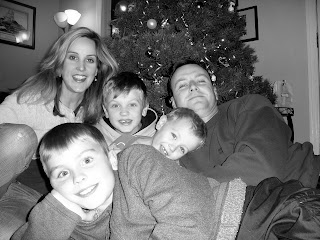 I went to Walmart on the Saturday before Christmas.

These are the words of an insane person.  Except that I survived it, which makes me a conquerer.  Except I came out limping and crying, which makes me ridiculous.
I went in cheerful.  Just be calm, I told myself.  Just a few gifts to pick up. You already know what they are. The crowds are just other people full of Christmas spirit. The carts are not attacking you.  But.  It.  Wore.  Me.  Down.
It’s my fault really, because I wore ridiculous shoes.  I don’t know why I do that.  (Yes I do.  It’s the whole life is too short thing.)  And I wasn’t prepared for the check-out lanes. They were almost my undoing.  After picking up my last item and rounding the corner for the check-out lanes, which may as well have been heaven itself, I saw the lines and gasped the dying breath of a mad woman.  I bought Advil, a candy bar, and a Diet Coke while in line.  Plus read an entire magazine, alphabetized the gifts I’d bought, had a long chat with my mother, and flossed.  (Okay, only the mom one is true between Diet Coke and flossing).  When I finally made it through, boosted only slightly by the fact that the check-out woman’s day was going to be way worse than mine, I limped and sloshed my way through the filthy slush, threw my stuff into the car, walked the cart about a half-mile back to the cart-retriever place like the marathon runner finishing the final leg, and collapsed behind the wheel, hugging it like it was one of my children.
One crazy thing I noticed over and over, though, in every aisle, three layers deep – was that people were seriously happy.  I didn’t run into one single person who wasn’t smiling despite the chaos, and I’m pretty sure most of us were smiling because of it.  I mean, don’t get me wrong.  I am not casually saving ANY of my shopping until that late next year if I can help it in any way, but still.  Even as we commiserated with each other and rubbed our temples and questioned our intelligence (only our own – no one challenged the intelligence of anyone else), we wished each other Merry Christmas and thoroughly, not-just-because-at-least-it-has-to-beat-this-day, meant it.  This is what I love about humanity.
(Aside:  I’m putting up another picture from our family photo night, because I really kind of like this one but didn’t end up using it.  I like Jake’s crooked pose, the way he and Drew have matching gaps, and my poofy hair from having jumped into the chaos.)
But anyway, next year I plan to get all gushy towards humanity on the Saturday before Christmas by sitting in my own home in front of my gorgeous tree and just think about how great humanity can be.  I’ll probably even smile at the thought of all those poor suckers discovering humanity the hard way.
Happy Monday, everyone!  It’s a happy one because there are only three more sleeps ’til Christmas.  (Which reminds me, Guy-on-the-phone-with-your-significant-other, you don’t know me, but I met you in every other aisle of the toy section about twelve times – each time you were talking on the phone trying to figure what in the world to buy.  Please tell me you found something from that child’s list you were talking about.  I was so moved by the fact that you were there, taking those toy aisle laps like a trouper, keeping your infant calm, and especially that you didn’t cuss once.  Merry Christmas.)
not always what you picture
one more wish for magic