I took notes during the Golden Globes. First up, the red carpet special. I don’t like this part. I mean, I don’t want them to stop doing it, but it’s always disappointing. ALWAYS. I remember as a little girl when Mom used to let us stay up late to see who won the Miss USA pageant, and Felic and I would sit glued to the television eating Twinkies, hoping our favorites would win. But by junior high, I realized I was never satisfied. I wanted there to be a stand-out, some perfectly beautiful, pure-hearted angel who would literally make the audience gasp with her sweet, pure, inside-and-out beautifulness. I wanted to be inspired. But no. It was pretty much just girls in bathing suits and high heels barely bumbling out an intelligible answer to philosophical questions. And then the winner was always someone I hadn’t really even noticed until the top 5. That’s how the red carpet event always makes me feel. Where’s the inspiration? It’s the same tired questions and the same tired answers every time. Also, in case you didn’t catch that, Nancy O’Dell, they said they CAN’T HEAR YOU OVER ALL THE FANS SCREAMING THEIR NAME.

Let’s move on to the show. I liked the lack of elevator music. If no one was talking in the microphone, you could hear the clinking of glass and the chatter of the stars as if you were really there. That was kind of cool and realistic. I especially liked when a winner was anounced and then the running to the stage like they were navigating an obstacle course. It was really long and annoying – that part. Which made it very real. And at commercial breaks I pretended I was chatting with Brad about my memoir and my future novel featuring a little nod to him.

The next thing I wrote down is, “Ricky Gervais is funny.” There hadn’t been a lot of that before him. Which makes now a good time to say that I really love Kate Winslet, and TWO, wow!, that’s very impressive. But her speeches were so boring! I didn’t mind – she’d earned that right – but I don’t think her speeches will make the montages next year, that’s all I’m saying.

Next up:  Johnny Depp is alive! Then he spoke, and I was like – sort of. Dude, crack a smile. A joke even. (You’ll have to read a couple posts down to get the Johnny Depp joke, and then you may have to click a link. It’s really too much work. You don’t have to get it).

Shortly after this, Heath Ledger won. And I cried. 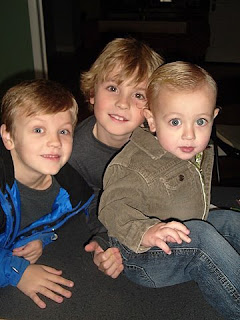 y notes trickled off after that. Nothing too interesting. I haven’t seen even one of the nominated dramas. Not one. But I saw Kung Fu Panda a LOT and feel that it was robbed in the animation category simply because Wall-E was all liberal and green and stuff. I fell asleep for about ten minutes near the end (it was a long day!), and had to look up just now that Slum Dog Millionaire won best motion picture drama because I couldn’t remember. I call myself a lover of Hollywood, but when awards season rolls around and I haven’t even heard of many of the nominated films, I realize I’m just a girl who appreciates a good movie, a pretty dress, and a really moving speech.

What do you think? Golden Globes 2019?
Not just another Friday Night
Updates on the Book and a Baby