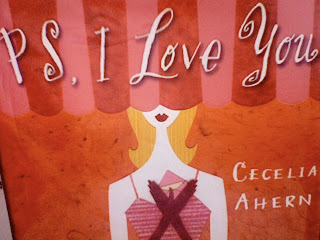 It’s Oscar week. Meaning, that on Sunday night you should be able to find me on a couch somewhere with popcorn, Reeses Pieces, and a Diet Coke literally glued to a television screen while Hollywood celebrates itself and produces the most glamorous commercial ever for pretentious movies we might not otherwise have seen – as well as a few nods to those we all saw.

In honor of that, my favorite night in television, I’m talking movies this week. That may mean this is the only post you get, because it’s not like I have it all planned out.

You may notice this is not a picture of a movie but of the book that birthed a movie. I just read it as I loved the movie, and friends told me the book was so much better. I assumed I would agree with them but also felt a little trepidation having seen the movie first and having loved it so much. Sure enough, in this case, I prefer the movie. Now, I’m pretty sure there’s a club I’m being kicked out of right now. It’s literary and writer-supportive and thoroughly convinced that the book is always better. And I just totally shamed them.

I love books. Love, love, love them. I write them for goodness’ sake. And I read them, and I adore them. This one is truly lovely. The premise is absolutely beautiful, the characters are loveable, it’s realistic and uplifting. It’s just very good. Almost the only major plot difference is that the movie is set in America about an American who fell in love with an Irishman. In the book, they are all, of course, Irish. I really enjoyed that aspect of the movie – probably because I saw it that way first. The relationship between Holly and her husband in the book is kind of plain in comparison. In the movie, it is rich and poetic and unique. Also, his letters to her in the movie just have more umph. He is not just giving her a list of things to get done but a journey for finding herself again. I think this was the point of the book as well, but it wasn’t as poignant. I missed the soundtrack, the gorgeous clothes, and the tighter humor that comes with the collaborative effort and condensed time frame of film.

Also, I missed the creative aspect. That was the most relatable part of the film for me – the way she used to want to create things. In the book, she simply finds a job. In the movie, she finds a beautiful creative outlet you can’t help but think she was destined for.

I think the reason the book is usually better is because it is more. It develops the characters more thoroughly. It tells the story at a slower, richer pace. It requires more imagination and therefore gets inside you in a way movies sometimes can’t. In this case, I felt the film gave me more. It’s possible that I was just swept up by the dreamy Irish guys, the moving music, and the pretty shoes. Which are all things the film medium loves to give us. There’s another club that celebrates that. I’m a member of it too, but you just can’t always please them both at once.