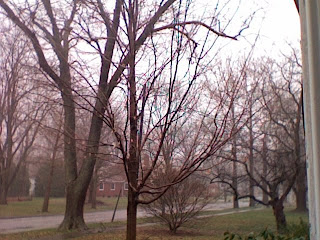 Do you know that song?  Here Comes the Sun?  In googling it, I just discovered it’s a Beatles song, which reminds me of all those times as a kid when we would hear a song on the radio and say, “Hey that’s from the McDonalds commercial!” – an aren’t-they-cute-and-young moment that we share with our own kids now, only the songs are usually from Shrek.  It reminds me of that, because until just now I would have said “Here Comes the Sun” was from Parent Trap.  The remake.

I heard it today and thought of Natasha Richardson in that movie when she and Lindsey Lohan share a mother-daughter moment in London.  It’s very sunshiny, very happy, very alive.  And suddenly I was crying.  I felt so sad for Natasha’s family.  When the announcement was made of her death, it came with that typical publicist-worded phrase about respecting the family’s privacy.  I figure that mostly means photographers, but I still felt rude blogging about it or tweeting it on twitter when I am anything but family and that would hardly be privacy.  Today I can’t help it though.
I’ve recently reread a lovely book called Stepping Heavenward.  It’s very old, but it has one of the more relatable Christian characters I’ve ever read.  Relatable to me at least.  Her name is Katy.  The book takes her from adolescence to motherhood and shows her Christian growth – as she herself would say.  She’s desperate for Christian growth throughout the book.  She is always trying to know God better, or rather, to reflect Him more.  She has fits of almost unreal faith because of this – little euphoric moments of grace where she feels basically perfected.  I hate to admit those moments of hers are as relatable to me as her fits of unrest, of gloom, and of the conviction that she will never understand God’s ways nor how to be a proper Christian.
Katy has several seasoned Christians in her life, so the book is full of their helpful (if pious) monologues about the Christian walk.  I like them both – I like the religious statements because there are nuggets of true and attainable poetry in them, and I like the temper tantrums and the sorrow and the imperfection, because it’s true.  I find life somewhere in the middle most of the time.  There is an odd celebration for suffering in the book that I don’t quite understand.  I know it’s straight bible to “rejoice that we are counted worthy” to suffer as Jesus did.  Still, when the seasoned woman said as much – how blessed she was by the death of every person she’d ever held dear because it drew her closer to God and shouldn’t the younger woman in the same way cheerfully accept the sudden death of her fiance, I kind of wanted to crawl through the book and shush her.
That’s not a kind of faith that I actually understand.  For one thing, if we suffer because we are counted worthy it seems to follow that those who glide on peacefully must not be held in high esteem by Him.  And don’t think I’m reading too greatly into this – I can’t think of any character in the book who doesn’t suffer but is considered a seasoned Christian.  The rich and healthy people in the book are generally grumpy and ingenuous and shallow while the ones who pursue Him are continually losing health and family members!  The faith I have managed thus far is somewhere in between.  I don’t think I could ever actually thank God if he took something from me so precious as a fiance or a child.  I don’t really think I believe that God does such a thing.  I think death takes our loved ones from us, and God – thankfully – receives them on the other side.
However, I’ve been through some things.  And I’ve watched wonderful people go through some things.  And I do believe that you can embrace the pain without losing your faith.  And if you do that, eventually, the sun comes back.  It eventually always does.  There will be better, happier times, and you will actually feel the happy.  That’s the sun to me.  It’s so hard to believe when it’s cloudy, like it was at our house today when the song came on that made me think of Natasha Richardson’s family.  I know they feel so dark today.  And I have a hard time believing that taking a mother from two teenage sons and a husband is just the best thing for all involved.  I think it’s awful, and if it were me I’d have a little talk with God when I joined Him – it’s great here and all, but WHY?  Still, even for the Richardson family, and although it might be a while – here comes the sun.  I’ve seen it happen, so I know it can.
in which I totally break the rules
I hope you dance